Fundraising for the construction of the Hope Centre in the Gatumba township, near to the border with DR Congo, began in 2007. Over the next two years the funding was raised to build 4 homes to house 40 children that had been orphaned or separated from their families, and left destitute due to the civil war and genocide which took place in Burundi over a period of 12 years (1993-2005). For many of the children, who have now grown up, it remains a mystery what has happened to their family members. Some may have died in Burundi, some may have died in a refugee camp in DR Congo or Tanzania, others may remain in exile afraid to return to their native country and some may be living as refugees in France, Belgium, Canada or elsewhere. Mission International’s Burundi partner, Rema Burundi, continues to seek for the children’s family members in the hope that one day they will be able to be reunited with them, however for some of the children there has been a success story of reconciliation.

In 2006 a mission team led by Mission International director Hugh Henderson met Pastor Leonard Tuyishimire in Burundi. Pastor Leonard took the team to visit his then home, a small rented building in Gatumba. Inside this small house were 40 children whom Pastor Leonard had found alone and lost, or who had been left by his house by well-wishers during the war years. At this point Pastor Leonard was not yet married and so when he married his wife Jolene he already had 40 children to care for. The conditions in which this extended family were living was, to say the least, basic, and unacceptable. Mission International, although just starting out agreed to help and set about raising the funds to help this very needy family. Soon the Carr family, a builder and designer and their children, from Aberdeenshire spent almost a year in Burundi constructing the Hope Centre whilst a team of their friends and volunteers, in Scotland set about raising the necessary funding to construct the homes for the family. What we see there today is mainly as a result of the hard work of this Carr family and their friends and supporters in the UK.

Local engineers and trades people were employed in the construction of the Hope Centre. At a time when many families were in great need, this helped provide in another way for the economy of the locality.

The Hope Centre homes were constructed from compressed blocks in a bid to use a product which would not require firing of bricks. Deforestation in Burundi is a huge problem and firing of bricks requires a large amount of timber. The compressed blocks, although a little more expensive removed the need for firing and provided a very strong and visually attractive finish.

With 40 growing children inhabiting the Hope Centre homes for the last 10 years the fabric of the homes has endured well, however some work is now required to make sure the buildings remain strong for the future.

The estimated cost of the refurbishment of the 4 homes is £7800, a cost of £1950 per home. The original team of friends are still fundraising now and would benefit from any support that you can give in order to reach their target. 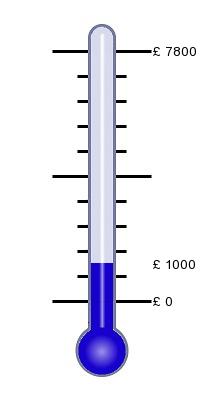