When you first hear the name Ebola you could be forgiven for mistaking the name for a new board game being advertised by Waddingtons in advance of the Christmas rush. However this horrific disease is no game. It is far more serious than can be imagined, especially for those who have the disease or who are at risk or acquiring it. Not only for them though, Ebola has become world news. The sensational reports on news programmes from the BBC to Aljazeera have certainly had their effect. Half empty flights to West African countries have knock on effects in a wide variety of other ways; on tourism, trade and the plethora of controls that have to be put into place at airports and borders to try to limit any spread of this most awful infliction. 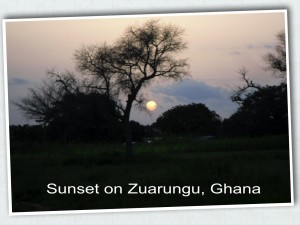 Ghana now behind me I enter Kenya early on Sunday morning. The plane lands and is parked some way from the brand new (after the fire) terminal building; we are told before disembarking the flight to choose between a green bus and a red bus (for a colour blind bloke in the dark, not easy) green for transit passengers and red for those entering Kenya. At the bottom of the stairs there is only one bus for everyone (neither red nor green as far as I could tell). As we enter the terminal from a ground level back door, and enter a large brightly lit white painted room, we see a white coated, masked medic pointing an instrument at each passenger in turn. A beep and a tick box followed by a not and its all over. Our first experience of an Ebola screening is painlessly over. However Kenya is worried. Nairobi airport is a hub for international travellers from all over the world. On my last trip through this gateway to the world the airport was razed to the ground by fire and it was clear then just how many people use this airport; since all of them were outside lining up at various makeshift tables to sort out what to do now that there was no international dimension to their airport. Surely not another problem to trouble this already teetering economy, after Al Shabab and fire now Ebola rears its ugly head.

From the Ebola assessment on to the shambles that is immigration and baggage reclaim then customs follows and I am through to the street-side to be greeted by a mass of name and logo boards as taxi drives try to locate their passengers. Pastor To, although leaving Narok at 4am is still some way off, eventually I get a text saying “we are 10 mins away”. Soon I see his quick step and smiling face as his apologies precede him with his arms wide to greet me. “Sorry, sorry there was somtheeng on the road”. I eventually found that the ‘somtheeng’ he was referring to was a collapsed flyover which had caused havoc with the much lighter Sunday traffic.

We could not hesitate, we found the taxi, we sped through the growing traffic surge narrowly missing a number vehicles and pedestrians before I exclaimed ‘Slow Down Please’! Eventually after a number of further similar outbursts from me which followed and the sight of an up-turned vehicle across the carriageway the driver took Pastor Tom’s advice and slowed down. Thankfully I was able to nod off, I had had little sleep on the flight and so it wasn’t hard to succumb to my lead-like eyelids. After a 2 hour drive we were in Narok, a brief stop at Pastor Tom’s house and now off to church where I was to be the preacher. No rest for the wicked – I must be especially so! 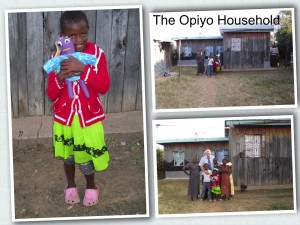 The almost four hour service with songs, testimonies, choirs and the like followed by my preaching took place in the new church building. When I say ‘new church building’ what I mean is an iron sheet clad structure which uses the skeleton of the circus tent, which was the previous sanctuary, to hold wooden straps on which iron sheets are nailed. There is a concrete floor and platform on which stands a right royal looking lectern, worthy of any posh pulpit. The back of the platform is draped in curtains showing how lovingly this congregation cares for it place of worship. The site is not ideal since the landlord keeps raising the rent for this struggling church making it more and more difficult for them to afford the purchase price of land to build their own more suitable and long-term place. Poverty is brutal, it has no grace and favours no-one. Thanks to the Living God he can make a way for such people in His own way and in His own time. Our western mindset and world view does not allow for this patient approach to God’s provision, but through long years of ‘practise’ these folks remain in faith that God will provide for them.
As I sit hurriedly writing this post I hear Pastor Tom and Eunice’s children playing happily with some other local kids in the dusty garden next to their wooden house, with is pit latrine and concreted shower at the foot of the garden. This meagre yet welcoming place has become my home for a couple of days. The kids are enjoying some of the very few toys I was able to bring with me.

The ‘business’ of the day is finance. Pastor Tom has to go off to his office to deal with the many people who need to speak to him about school fees, about church finances and many other issues of finance. Money, money seems to be on the lips more often than anything. You see here there is no guarantee of money at the end of the month, there is no guarantee of money at anytime. It seems to be the topic on everyone’s mind all of the time. There isn’t much time from the last meal to the next one; “will I go to sleep hungry again today”; “the time for school fees is here again”; “how do I get transport”; “my roof is leaking and I no means to fix it”; those and many, many more problems face those in poverty. Our western sensibilities may ask “ well, why don’t you just…”, but there is no just. One ex-team member put it like this on her return from Africa “I had no idea how lilt ‘nothing’ really is”! I am reminded of this each time the west in me tries to give a trite answer to an impossible question.

I am on ‘money business’ today also. A number of donors have given funds for various little projects and so I have to exchange some Sterling into Kenya Shillings and exchange rate ranging from 100-140 KES to £1.00 depending on the fluctuating rate and which Forex or bank is used). Pastor Tom took my little wad and is off to the bank and will return with a bundle well up to the task of choking a local donkey, of which there are many. Other business like finding a local sim so I can get access to emails and blog will also be completed today before our long journey to Kandaria village where we have projects, near Kisumu, Kenya’s second city.